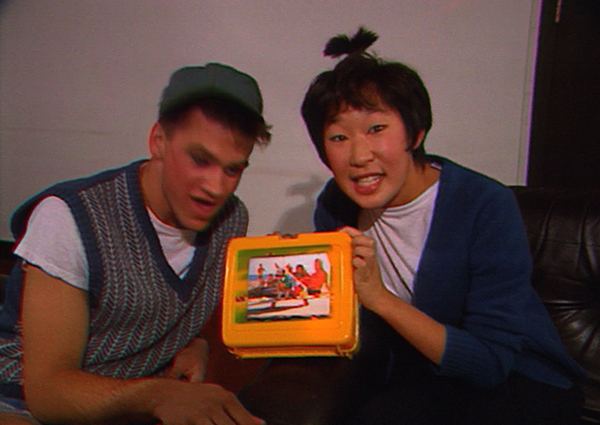 If you look up Sandra Oh on the internet, you will discover a career full of Emmy nominations and Golden Globe awards for her role as Doctor Cristina Yang on ABC’s drama Grey’s Anatomy. What you won’t find is her first television appearance, on CBC’s Live youth program Switchback. But we have it here!

The native of Nepean Ontario, a suburb of Ottawa, grew up in a strict Christian household. In 1987 she was a member of the Sir Robert Borden High School Improv team. That year the host of Switchback, Johnson Moretti, was the referee for the Ottawa Improv Games, which are held annually at the National Arts Center. He saw something special in the fourteen year old Sandra Oh, and the rest is history.

Johnson was a huge fan of the Japanese Godzilla movie series, and invented the characters Cancoo Master of the Universe and Captain Mumble. It’s a slap-stick – and some would say racist – skit about the troubles of an evil criminal, intent on taking over the world. His arch nemesis Captain Mumble fights to keep the world safe from Cancoo’s partner, the inflatable Godzilla. We cast Sandra Oh as the young girl who gets caught up in Cancoo’s evil ways. In what she would likely consider the worst role of her lifetime, she spoke her first professional lines in front of a camera.

Sandra Oh has probably forgotten about her acting appearance on Switchback, but here it is twenty eight years later. Please ignore the primitive video effects; it was made prior to the era of computer editing.  I would say sit back and enjoy it, but that is unlikely, since it’s more of an assault on the senses. Especially for Sandra Oh. 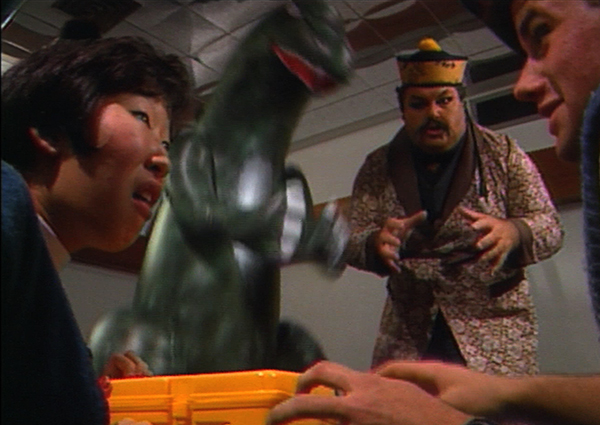